If I play a sound with the ExoPlayer and then stop it, the sound is no longer played, but the player is still in the state isPlaying=true. Only when I press the stop button again, the state isPlaying=false.
Therefore, this can only be done with a timer.

This raises numerous problems with my apps. I need the ExoPlayer because it is the only one that can seamlessly loop sounds. Unfortunately, the TaifunPlayer has recently problems with gapless looping on some Chinese devices.

At the moment a sound is stopped (ExoPlayer.Stop), the state is isPlaying=false for about 150 ms (Companion, about 30 ms with APK), and after that isPlaying=true again.

Since I’m not sure if this issue will be resolved with the next major release, I want to make sure. 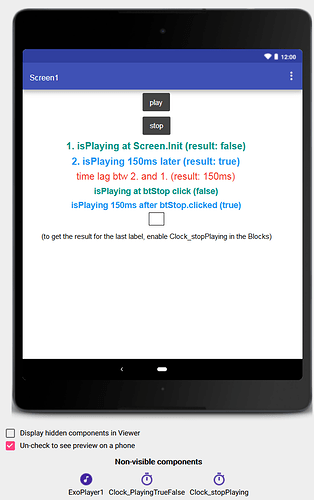 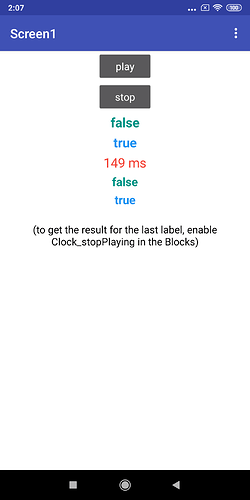 Is there an approximate forecast when the next release will come? This month?

I found the same problem, in addition to an unwanted infinite loop, problems with the status change event and the methods of states, as I describe in the screenshot. 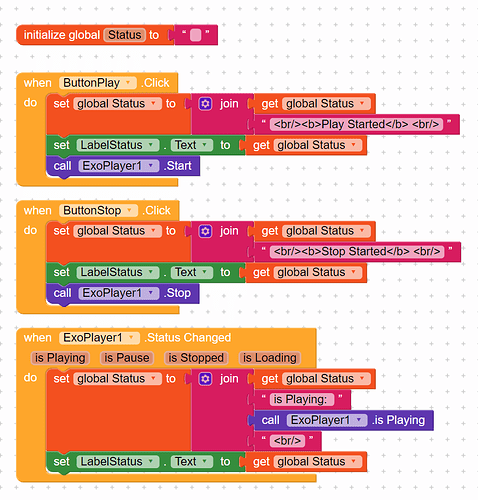 Yes thanks, but this is already known:

Best regards, after the last update of Kodular, the ExoPlayer component remains playing in an infinite loop even if the loop property is set to false.

Apparently it is not possible to stop the ExoPlayer on Screen.Initialize. [grafik] You need a timer for this. [grafik] In addition, ExoPlayer.play (play button) is only triggered on every second attempt after clicking the stop button. And the sound (creek_3s.ogg, 3 sec) never stops until the stop button is pressed, regardless of whether the sound is looped or not. [grafik] exoplayer_test.aia (51.2 KB) [Screenshot]

Nobody mentions the problems of the state change event handler, so take it as a contribution to expose in detail all the problems of this component, so that in a future release nothing will be left out without correcting

Unfortunately, the issues are not solved with Kodular Eagle: