So I clicked on the Screen1 Fixed/Responsive setting to Responsive. I moved stuff around and reset the Checkboxes and got them the way I wanted, then looked at it on the S8 and everything was way too big.

So I set up everything, including the logo and title to look good on the S8. Then I looked at it on the S9, which should be very similar and the size for everything was blown up too large.

I reset the Fixed/Responsive back to Fixed, but the S9 still shows up too large. It is as if it is completely ignoring the Fixed setting.

Any ideas as to what’s going on? How do I get my app to look the same on different devices?

As always, any help is greatly appreciated.

Hello Kodular Developers, I have seen a few pertaining to “Resizing Apps” or “Responsive Screen Sizes” and I believe I found a small alternative to some of the problems people are having. From reading Resize Apps on Different Screen Size, the first step would be to set the sizing in Screen1 to “Responsive”. The next step would be to set all components to a percentage instead of pixels. Setting components to “pixel” mean they are static and wont change in size. With percentages, the component has…

Thanks for the pointer, ramrajput200021! I don’t know why I couldn’t find that doc.

After watching all of that video at least once and some of it twice, I set up a test project that still does NOT do what one would expect.

Here are the blocks and the results: 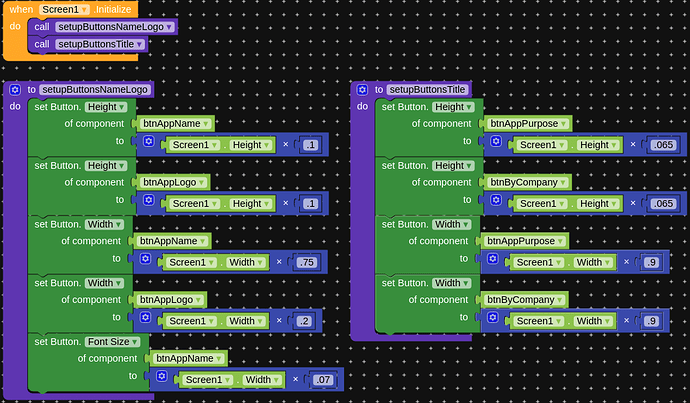 As you can see, the font size is too large on the S9, causing letters to be cut off. 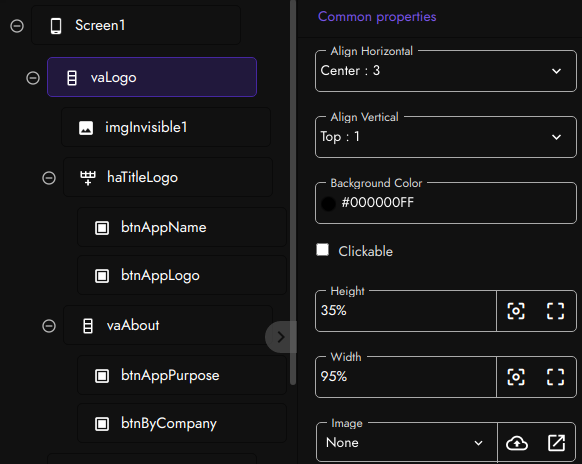 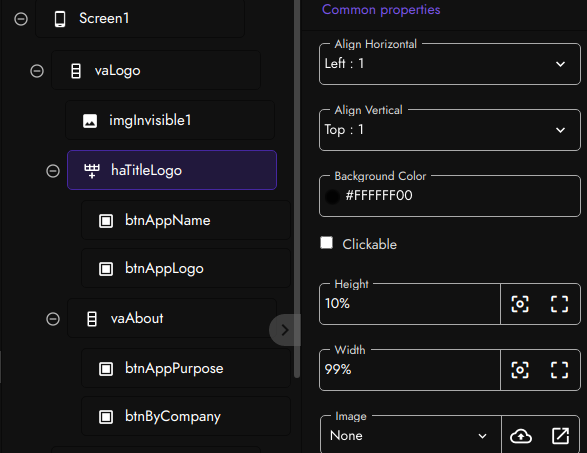 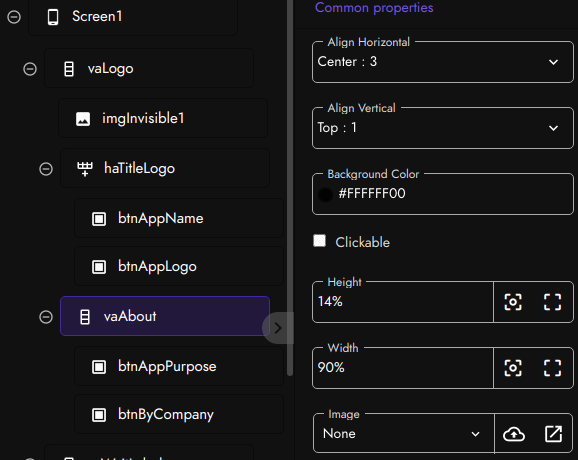 I’ve used the same code with similar results selecting “Fixed” or “Responsive” and I’ve also tried using straight percentage sizing with no joy.
My blocks should be a good way to ensure responsiveness, no?

Any ideas or comments are welcome.

I think the width percentage of arrangements should be higher than the components’ inside of it.

Thank-you for your reply, WatermelonIce.

OK, I made this as simple and straightforward as possible.

As you can see, the button width is a percentage of the Horiz. Arrangement. The text still displays much larger on the S9 as it does on the S8. The S8 and S9 are almost identical in width…the S8 width is 360 pixels and the S9 is 411 pixels. But the S9’s button text wraps around because it is so much larger, which of course, defeats the purpose of Responsiveness. 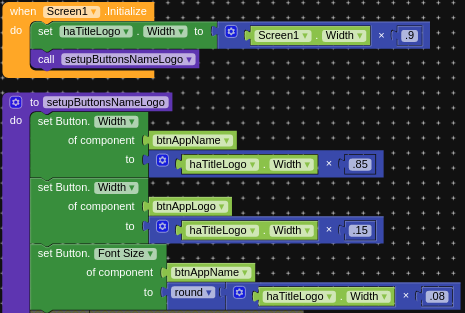 What about using Width Percent?

I did try that. Using width percentage and a fixed font size produces the same effect, unfortunately.

Ignore if u already saw this video

if u already saw this video

Yes, I’ve seen this video several times. But it’s always a pleasure to watch again because there is simply no better way to produce video tutorials like this.

It takes several days to create a video of this quality. Will we ever see again videos like this from someone else? I have little hope …

Hi, I’ve already implemented dynamic font size - it’s working very well on all kinds of android devices (various screen sizes, ppi etc.). The problem is when user changes font size from “medium” to other one, for example to “big”. Is it possible in makeroid to handle such situation? It’s possible in java as described here --> If it’s not possible in makeroid I’ll move this topic to “I want” section. Regards, BeeriaApps

Um, I have to apologize.

I develop and test on my Samsung S8. I only test occasionally on my wife’s S9. Turns out, she had increased the font size on her S9 without mentioning it to me.

So my posts in this thread were bogus and I wasted y’alls time.

But I learned a lot. Thanks for the replies!

Short Description This Extension Is Work On Mathematical Functions By Using This Simple Extension You Can Set Your App Fully Responsive It’s Adjust Size According Device Screen, I Have Tested With Different Devices And It’s Works Fine For Me. Add a picture of all the blocks [component_method] There Is Only One Block To Use Just Put Size According To Your Design Will Look Fine In Your Phone Write instructions to use your extension [blocks (2)] Download : com.srrazmi.Responsive_Screen.aix (5.…