I have made an app using Makeroid and did its full Live testing and final testing on a 18:9 screen device. But when I run it on a 16:9 Screen Size Device, the app looks bigger and somewhat awkward. And screen which is not set to “Scrollable” and made according to the 18:9 screen size, some components are not shown properly they are half shown or not shown at all.

Why is this happening, why the app can’t resize itself like all apps on play store do ?

Do i have to make some changes in the Blocks Sections to make it happen ?

Any help will be Appreciated, I know many people have this issue.

Set Screen1 Responsive to True, in the designer.

work with % for component to set height and weightso in each screen component have the same size. if you work with pixe it look on each screen different. a woke with them and i have no problems, and you can change images when screen orientation changed to another pictures with other resolution. hope this can help

Hii i tried this but the issue is still there what should i do, some elements of app aren’t visible on 16:9 screens.
I have done everything with % size

you’ve made something wrong then.
without your aia (you can make only example with some problematic elements, don’t have to give us whole application) we won’t be able to help.

i am facing the same problem i made my app on emulator and tested the functioning of app in it. but now when i try my app in smaller screen size it looks awkard and components are not visible but in larger screen size padding of the components has incresed.

if you have found any solution to this problem then pls help me bro !

i am alos using percentage dimesnion from the very begining of my app build. but that doens’t seems to work for my app any other ideas on how to solve this.

So your saying that if i uses percentages for everything in my app, the app will be responsive to different phone screens?

and this will work for kodular right? (app inventor, appbuilder, kodular kinda the same I know)

Hello people,
My screen1 is responsive and all other screens are in percentage, but the resolution error continues.
Need help.

Hello, how did you solve your resolution problem?

nothing, I have just set all the components in percentage terms and the app looks fine on all screen sizes, can you show some screenshots of the errors, without them I cant tell anything. and yes further you can check this video posted by @Peter 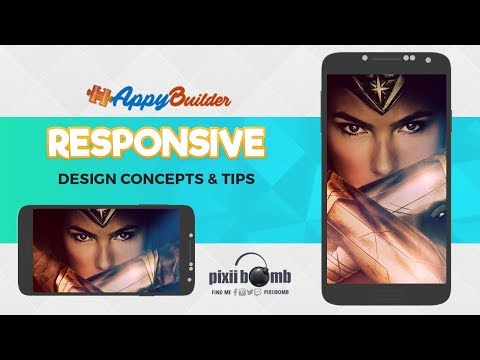