How are you supposed to use pollfish?

The component works as expected etc, theres not my problem. My problem is that theres no way to manage who filled out what surveys NOT on the users device so it can be bypassed easily! Theres the s2s feature but we can´t even access the device ID using the pollfish component so that´s useless! I have a mySQL database running which shows the responses but I don´t have a simple way of associating it with the user other than writing a complicated user management system which is able to support accounts if a user breaks or loses the device or deletes the data or it´s accidentally deleted by some software or or or! The provided solution is only halfway thought! Why can´t we just pass the device ID once a questionaire is complete? It would make life so much easier for me.

Also, there is no documentation whatsoever what values we can expect the s2s to run through or what the values we get on completion mean (why is that not written in the docs by kodular or pollfish??) until publishing the app where it is too late to enter such a fundamental feature!

Sorry for the rant but I am really annoyed by this.
If anyone wants the script for the database btw you can hit me up, it works plug and play, just enter the login details. It´s written in PHP so any web server can immediately host it.

But For sure I can help you to let you know :

the users device so it can be bypassed easily!

If you are using the inbuild pollfish component:
when.reward.guaranted → …

Then don’t fill unsafe about the security. All security will be for sure provided by pollfish server only as they also wants that their task can’t be bypassed… and they will not reward untill the task is completed…

That was not my point. I can store data locally, sure, but everyone can edit JSON if they want to. Theres tons of apps to read out tinydbs. The only solution is to use their s2s solution which is pretty smart. After figuring with it a bit I made a little PHP based system. Pollfish registers the poll as completed, I store all the data in a mysql sheet, and the number of points a user has can be accessed using the Google Ads ID and another API I wrote which accesses said sheet. Still kinda hard if you dont know anything about coding which I luckily did (I did a task like this a few months ago). I am just missing basic components like accessing the Google Ad ID via the pollfish component instead of extensions and stuff like that. From now its just the comfort factor in my case.

this is an Android security feature in newer versions… see also 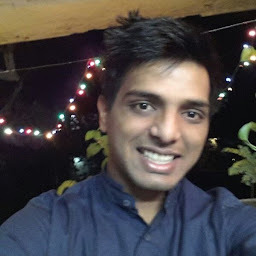 They use the Google ads ID. It´s possible to get it but only via extensions. See here