This simple app doesn’t work with the APK on Android < 11, because WRITE permission is not declared in the Manifest.

So again, for the fourth time:

Declare READ on all android versions and WRITE up to Android 10.

The Video_Player doesn’t play videos from the assets with the APK.

Video from assets still not works with new 1.5.5 Bugs

Confirmed. Doesn’t work with the APK. This is the next bug among the countless other bugs… I won’t even try anymore to list all bugs.

This bug is still present since July 2019.

This bug still doesn’t seem to have been fixed since 2019.

Many storage permission bugs / issues can be fixed if these permissions are correctly declared in the Manifest. Here’s an extension that does it:

Here is an extension, that declares storage permissions (READ & WRITE) correctly in the Manifest: DeclareReadWrite.aix (4.7 KB) <uses-permission android:name="android.permission.READ_EXTERNAL_STORAGE"/> <uses-permission android:name="android.permission.WRITE_EXTERNAL_STORAGE" android:maxSdkVersion="29" /> Since many components don’t declare storage permissions anymore after der 1.5.5 update, use this extension. Even if your app doesn’t need these permissions, it’s harmless and has no disadv…

Whether the permissions are then automatically requested depends on the respective components and must be checked (with the APK).

So if you found a permission problem, use this extension and report back if the problem persists.

Hello, The Image editor component is asking for WRITE_EXTERNAL_STORAGE permission (thereby getting denied by Android 11+ devices) when I try to call a function. [blocks] [error 908] I tried testing the app in two devices of Android version 9 and 11 respectively.

Hi, they removed the return block. "if Load " “if show” for banner . This feedback was important to make the advertisement box visible only if advertisement does not occur errors. If propafganda is not loaded, there is a void in the middle of the app

Please use the Failed To Load block to hide the banner if there was a no fill. We have removed some methods and events previously available in AdMob components to deter click-to-earn apps.

Ok, I implemented this block, where it tries to load the ad once again in case there is an error. or Then for the second time make banner invisible.

Yes, this should work well.

Not yet, we’re still working on it

Button image stays on the screen even I make its visibilty false. I mean its space disappear but image stays in the background. 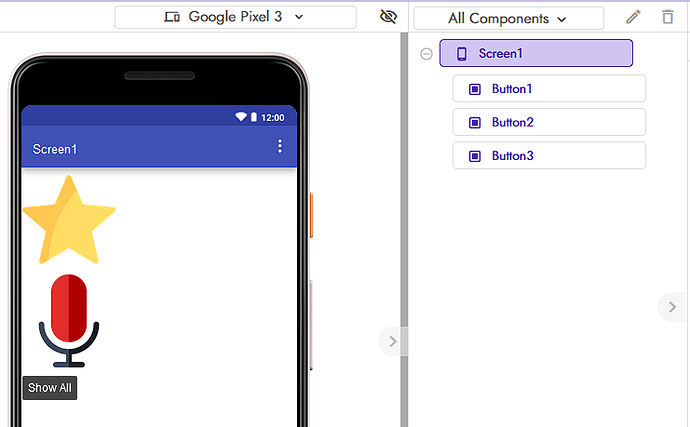 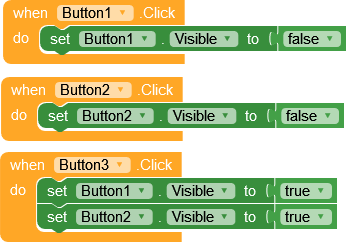 Button image stays on the screen even I make its visibilty false. I mean its space disappear but image stays in the background

Show Feedback true causes this if the button contains image. [20190210_113957] Through the blocks work just to set to true, false do not. [bild] However, in the blocks it reports that it is false [bild] Something for @KodularCreator to take a look at. /Boban

I remembered when I suffered with this bug years ago. You can find a workaround in the link sent by Boban.

WRITE_EXTERNAL_STORAGE denied (Error 908: The permission WRITE_EXTERNAL_ STORAGE has been denied. Please enable it in the settings app )

Please Fix it fast. I’m eagerly waiting for this.

I checked several times, even after the new update but it is just not working.

Am I alone in the island or there are others also with the same issue?

Why is anyone not bringing this out or adressing it?

Thanks and warm regards.

You can fix it yourself (in a few seconds), as I have shown several times.

(It’s harmless and has no downsides as WRITE is ignored on Android 11+. Same issue is on AI2 that I’ve pointed out dozens of times over the last few months and also timely informed the Kodular team.)