Imagine that the area where the blocks are placed was divided in half, as if it were the equator…

This is the problem. All button commands, procedures and variables started in the second half of the blocks area simply disappeared after the kodular update.

From what I could see, this only happened with large projects that take up a large part of the space in the block area, as my small projects remain intact, but large projects were simply “amputated”.

The image below shows what happened.

All blocks in the yellow area have disappeared.

Coincidentally, all commands and procedures are started below the red line.

Has anyone else had this absurd problem? 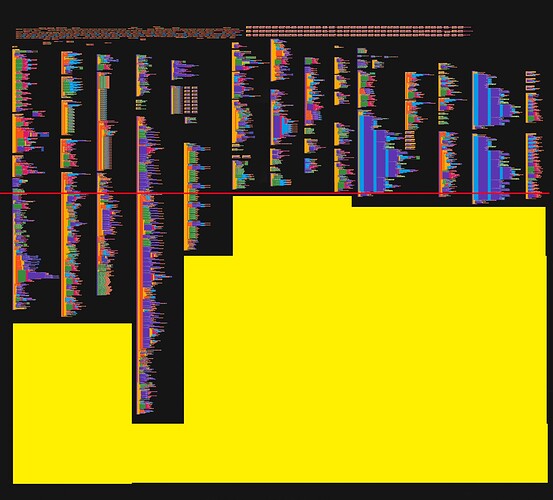 Please, No one from the Kodular staff to comment on this?

Are those file component blocks you used ?

Hi
If you used the File component in that screen, I recommend you hold tight till this weekend when we will be releasing a bug fix update.

i used i file component in a few blocks (few blocks) but the amount of information that disappeared was huge.

ok Vishwas. Thanks a lot. I’ll wait for this

Thanks Vishwas for your support.

Thanks Kodular Staff for fixing the issues.

The presented problems no longer occur and apparently everything is working correctly.