Not all components are visible in Designer

I have a quick question. So, I’m creating an app but I need lots of components (list views, buttons, etc.) to be visible on Screen1. The problem is, that I can drag them onto the screen in Designer, but I am only able to edit the properties of those, that are visible. For example: 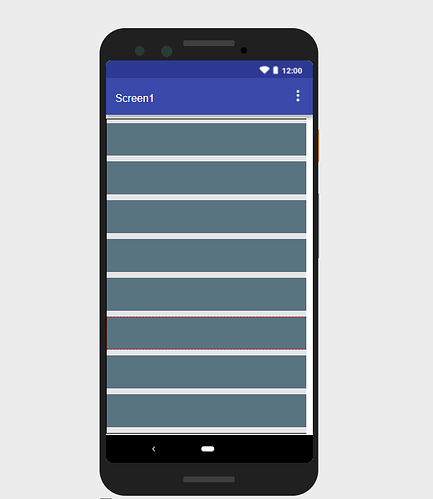 As you can see, on the above screenshot there are multiple List View components. But I want to add another 2 List View components and a few buttons below all of them. I would not be able to edit the properties of the buttons, because they are not visible in the Designer (even though they exist).

How can I edit the components by using the Designer ‘smartphone view’? (I know that the list of the components will be on the right side of the screen, but I want to edit them by clicking directly on them in the graphical section of the Designer.)

Thank you in advance.
Appreciate all the help.

You can Turn on Scrollable in the Settings to see all the Components and then when building switch it back. Also I recommend using tablet View

The Scrollable option in the properties of Screen1 did the trick.