Is there any way to insert “White Space” between connected blocks as an additional way to comment?

I could envision a single height blank yellow block in the “controls” group that does nothing except insert “White Space” separating one sequence of blocks from another.

Great to see you back!

Evaluate but ignore – that’s a possibility.

I find using White Space, rather than just jamming everything together, very helpful in improving readability.

The Kodular blocks seem to correspond to individual statements. Three or more blocks may be required to perform a logical “task”. One way to think of writing code is by assembling multiple statements into “tasks” to complete some higher-level logical function. I’ve always found it helpful to separate groups of statements that perform a task with white space.

I will give your suggestion to try. If others agree, in the future, maybe this “white space” block could be added.

Then another thing that might help you, as it helps me is to set the blocks as “inline” as much as possible.
To me is more like the regular coding format, where each code line is in a physical line.
I find it more difficult to read the blocks when they have the parameters stacked from top to bottom. I see it as a waste of vertical space. I know this is a behavior inherited from text coding. I don’t do that anymore, but I still prefer this format. See this example: 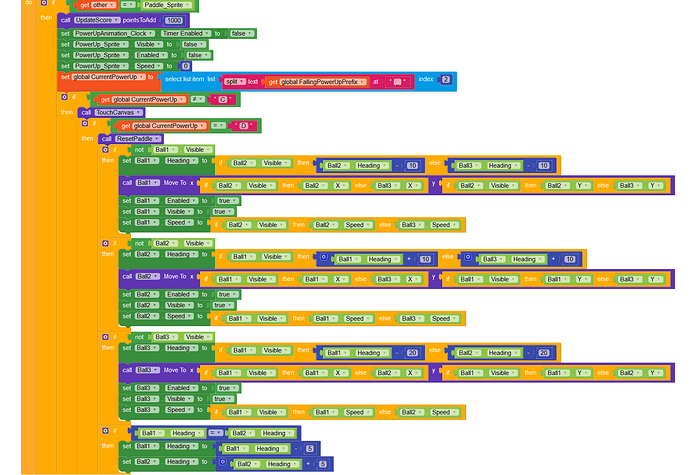 I agree. I use in-line frequently.