I was watching the sneak peek which was uploaded today and suddenly at 0:53 I see built on 26th July. So does it means that Kodular Eagle will be released on 26th July? 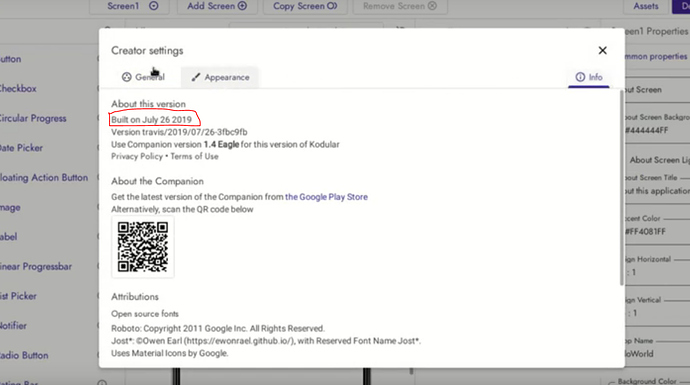 Huh, it is already August so the release date won’t be in July.

You mean next year???

I think kodular E will release before 18, August,2019 bcs kodejam starts on that day so I think update will come before kodejam

Kodular E will be released this week as Diego said.

My expectations for next Sneak-peek of Kodular Eagle Off Topic

My expectations for next Sneak-peek of Kodular Eagle Off Topic

Ya we know that. Waiting for updates but first waiting for today’s sneak peek many expectations with it after yesterday’s update are you?

It will be last one and it will full patch notes