The firebase authentication with sending code by sms for confirmation works perfectly in apk mode, but by google play the firebase does not receive any request. Any suggestion ?

This one is the solution, i have the same problem weeks ago… its the signing problem. When you create the app in kodular, you already have a fingerprint and also in google console… it need to be match after kodular add this feature, its just need to fix some stuf…, First Go to your console, see the App Signing certificate>>> copy it Second Go to your firebase account>>>project settings>>>see your projects info and add fingerprint just paste the signing cert from google play console. t…

Thanks, it worked perfectly. I was only concerned that this certificate saved in assets cannot be hacked. Does anyone know if this json file is safe in assets with my application certificate inside.

Don’t worry about it, there’s nothing to do with that JSON file if you setup your firebase rules secured.

I copied sha as instructed, but I still can’t receive text messages, why? 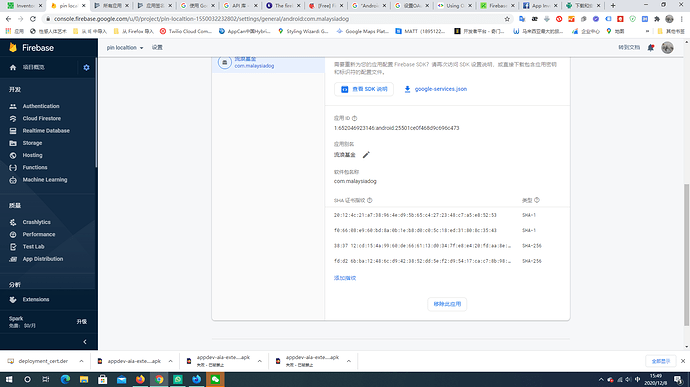 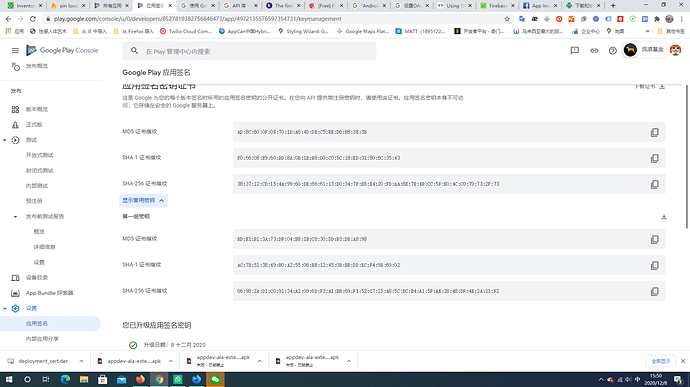 I think you have to read this.

I used the same apk before uploading to playstore. At that time OTP verification process was successful. But after rolling out to playstore I installed the app, now firebase otp verification is not working. The problem is same app in playstore is unable to generate OTP

Do I need to re-upload the apk?

I have followed the instructions you said and I have repeatedly downloaded the new json file several times and uploaded it to the app and submitted it to the playstore several times, but my problem is still not solved. Can anyone help me?

Did it work in APK mode? If the answer is yes, then just change the HSA code, export the json and send the apk again

I have solved the problem. In fact, I have to set the key on the google backend because I don’t know if it is, but I did repeat the method at least 10 times. I also updated the play 10 times and took 1 week. There is no way to solve it. The last time I found in the google background that part of the associated api of firebase was oauth2 verifying the login permissions of all applications through the play store, pasted the sha of firebase and created the api, and then successfully received the verification SMS.