Hey Everyone!
I’m a Kodular Half Pro Koder. Recently, I have started making a Quiz App. Where users can answer quizzes and earn some points. Which they can reddem as Real Money. I will also earn some money by showing Ads in the App. But the problem starts here.
So, if I get 1000 impressions from USA (meaning 1000 users daily) then my monthly earning will be 200$ (maybe).
But I want to give my users 0.53 dollars to every users (cauz that’s the lowest amount a user will want to earn) Weekly. But then I will have to give 1000 users weekly 527 Dollars! And Monthly 2100 Dollars. So, my Que is even if I get 500$ from admob, ad manager and from other ad networks. But will I have to give 1500$ from my own pocket?
And another thing there is an App in the Google Play Store which actually pays us. It takes 1 week to make 0.55 dollars in that app. They have 500k downloads. Okay if they have 500k downloads let’s assume that they have 10k daily users & they make 1000 dollars monthly. So, they pay the rest 4500 from there own pocket??
So, please if anyone knows about it that how can I solve this then please tell me.

How did you calculated you will earn 200$ from 1000 impressions in Admob ? Actually the correct answer is you will earn 0$ from admob, simply because they will suspend your account. Initially they will approve it, but after this will get terminated.
Ad Networks, such as Admob, Facebook Audience Network, Appodeal are not meant for apps that give real life rewards and it’s pointless to try, trust me.

earning apps are not allowed on playstore and you want to do business with your user using Google, AdMob. are you serious?

if you make apps by yourself then you should know the basic polices.

Who told you earning apps are not allowed ? Kodular ? Earning apps are allowed and there is a policy specifically written by Google about these types of apps… even if you do a quick google play search, you can find dozens of earning apps, that have been active for years.

What is not allowed to use Ads Networks for earning apps, such as Admob. Admob/Adsense and Google Play are 2 different things by Google itself.
Of all Ad Networks, most likely only UnityAds will give you a chance to use their ads in an earning app, but revenue from them will always be very low, even in tier 1 countries, such as the United States.

what about posting the link to that policy? this also could help others with the same idea in mind…
Taifun

what about posting the link to that policy? this also could help others with the same idea in mind…
Taifun

(effective May 11, 2022, unless otherwise stated) Let's build the world's most trusted source for apps and games Your innovation is what drives our shared success, but with it comes responsibility 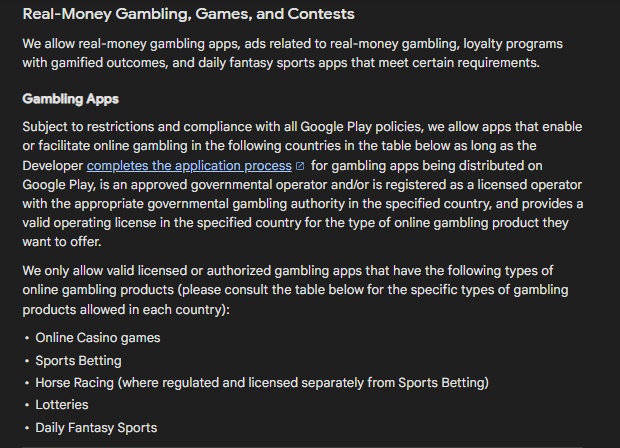 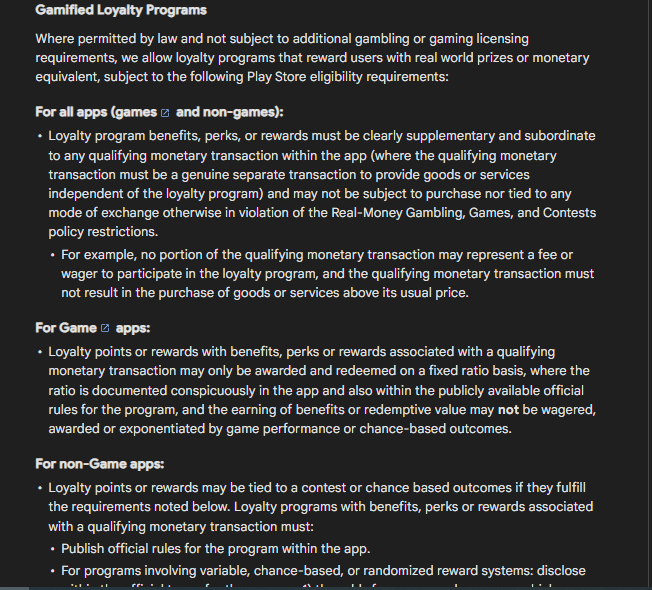 To elaborate, earning apps goes to the Gamifield Loyalty Programs category, as long as you don’t implement gambling features.
One rule for earning apps: Never make in-app purchases and never ask for direct payments from users. If you do, your app category might be considered gambling and you risk getting policy violations

I’ll explain in short how to have a successful earning app.

And again, always pay your users. Keep your promise, and never get greedy overtime