Ad Visibility is set to false, but its still being shown

When ‘Title Bar Back Button Clicked’ the banner ad visibility is set to false. But the ad is still being shown.
Could anyone tell me where the problem is ?
Check the Video: Ad View.mp4 (810.2 KB)

Can you show your blocks? 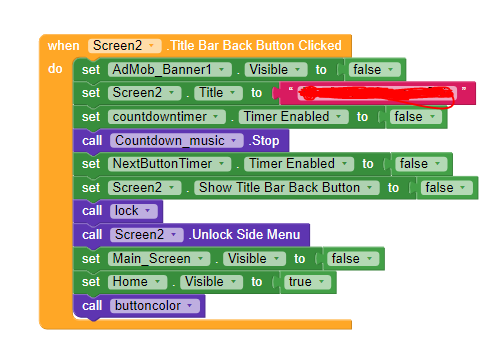 did you check if you didnt have that block maybe double and in the same time you set the visibility one time to true and one time to false.?
What happend if you click on the block and click do it. ?

can you suggest a fix ?

work with a variable. if back press is click set a variable to true. if variable is true than the ad component cannot work.
I would try this way.

But it will work the same way na ? when the ad is loaded the visibility will be set to true na ?

Now you click back and the ad is set to false. if the ad is loaded you set the visibility to true.

If you use the variable the ad is loaded block can not set the visibility to true because of the variable.

I hope you understand that know. 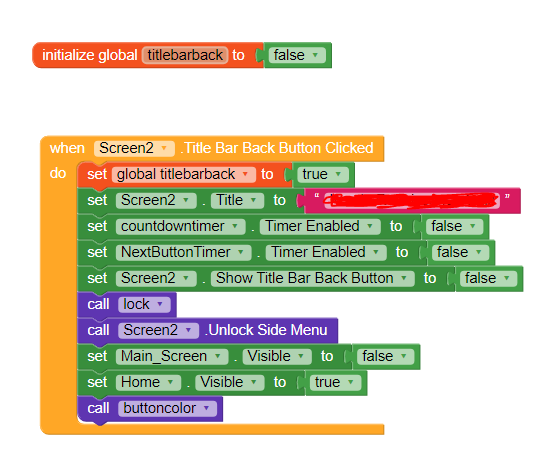 than i have no idea why this is not working for you maybe there is another problem.
But a tipp you dont need to take a = block you can set the variable direct to the if block.
Means: If Global Titlebarback
than do …

Sorry that i dont can do more for you.

You should check if you have another problem with the ad block.
Than you can try to work with a clock or so. I have no more ideas