How to import keystore

I want to import a keystore,
But like the attached screenshot
The location to import keystore cannot be found. 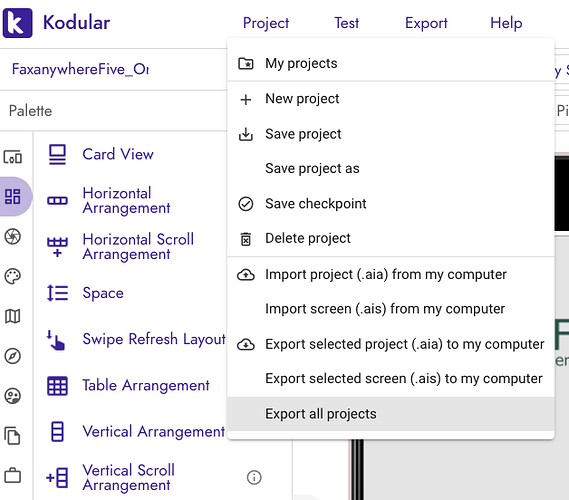 Hi @E_Noguchi
It’s good to have you here.

4 posts were split to a new topic: Importing new keystore affects all projects

Thank you for your reply.
I’ll try.

There should be an option to overwrite your keystore. Make a back-up of your current keystore (export and save in your device), and overwrite with the one you wish to use.

but confusing too much

what about other projects etc

Yes, for all projects

i have 5 projects make in kodular

what about next update to my old 5 projects keystore?

why not keystore is project wise only

Keep a backup of all your keystores in your computer. Import the required keystore when building an app for Play Store. 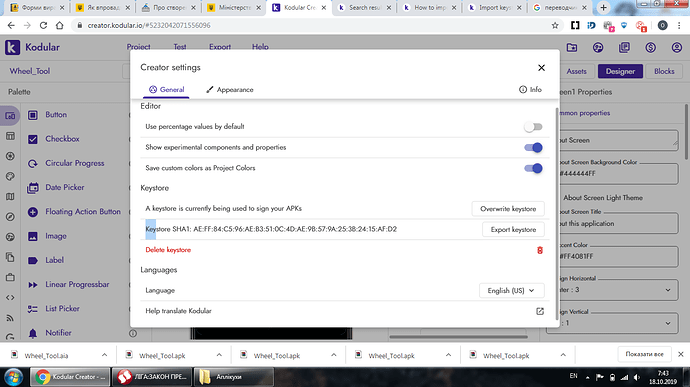 Try to refresh the page of the creator and try again

Yes, that’s true, but many developers are not aware of this fact and the issues that may arise later at the beginning. So, when someone started with AI2 and has an AI2 app published in the Play Store and switched later to Thunkable and has also released a new app there and finally was landing at Kodular to publish a new app from there, the problems occur at the latest when all other projects (created and signed by AI2, Thunkable,AB) are imported into the Kodular and have to be signed and rel…

Hello. I tried to refresh and waited more than day after loading keystore. But loaded keystore don’t work. May be you can load it in my account?