Screen switching - crash: only one Slider is possibe on a screen since Eagle

Same error. You had better delete the sliders and use an alternative. So did I.

Thanks Anke, I spend half afternoon yesterday on this and was banging my head why why why

Now I know why

I spend half afternoon

Hi Boban, yes, for me as well and the stack trace (logcat) was a bit unclear. But logcat gave hints on the sliders, so I gradually disabled all my slider blocks. It was not enough only to disable the Screen.Initialize block.

Why is this happening?

Same error. You had better delete the sliders and use an alternative.

Yes, there are alternatives, of course, but I would have to rebuild almost 20 apps with 4-10 sliders completely … a lot of work …

Why is this happening?

Guys an alternative is to use would be Slider.Touch Up. Not the same but gets the job done sometimes !

Btw @bodymindpower does position changed on label work for you on second screen, for me it doesn’t

If I use this method, then it only works on Screen1, not on Screen2

And this method works on Screen1, not on Screen2, if I get back to Screen1 then it doesn’t work on Screen1 either 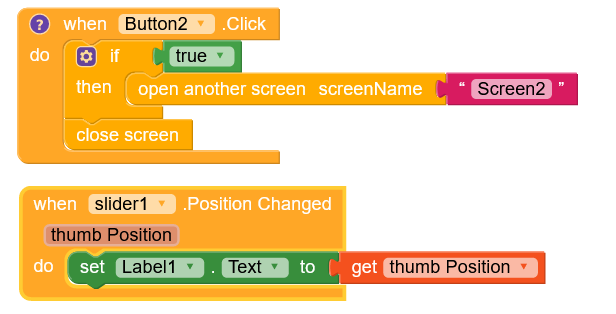 does position changed on label work for you on second screen

No, same result.
It makes no sense to test the corrupted Slider component for longer.

But it would be nice if the Kodular team would give feedback if there is still a glimmer of hope for a solution.

@Mika This seem to be related with the Event Handler we used to solve another issue in 1.4.0
Maybe implementing it in Slider will solve it

Thanks for the information.

Maybe implementing it in Slider will solve it

Let’s hope for the best …

Taking advantage of the topic, and inform that the problem continues and even with only a slider occurs errors in time to build the apk sometimes it opens the screen sometimes not very complicated but it just does not open the screen the error of closing the app does not occur

What do you want to tell us? Please explain in more detail and show blocks / example for your problem.

Screen 2 has a side menu with an option to open screen 3, even if you create a simple button for screen 3 does not open, it remains on screen 2

I found a solution, use @Ken’s extension as it has it’s own Position Changed Event 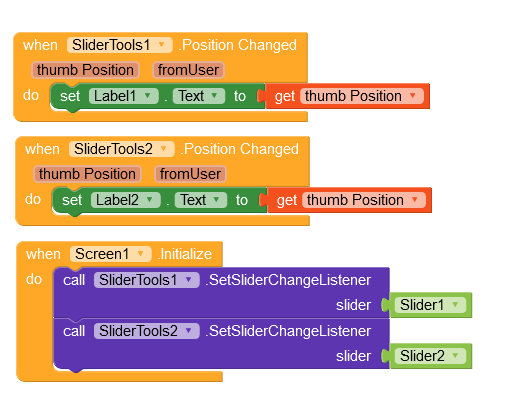 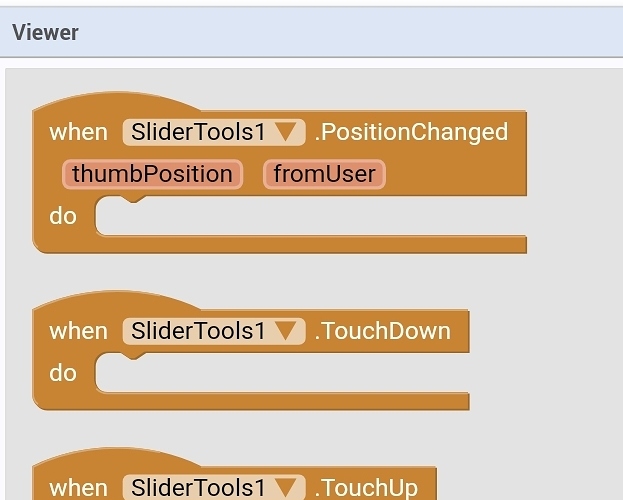 Version 2 is here! Added: Secondary Progress(Value between 0-100) Added: Vertical Slider(MinimumAPI=23 Android OS 6.0 Marshmallow) Note: Vertical Slider needs to be inside an Arrangement and will be automatically set to FILL/MATCH_PARENT for both...

This bug will be fixed with the next release (1.4.2), tested on Beta server.