I want to share some of my suggestions + all of the suggestions reported by all users from the community for Makeroid.

My point is to get all these features and components to Makeroid and make Makeroid the primary and the best App Inventor clone of all time compared to other builders.

To extend the monetization options on Makeroid.

To give developers the option to collect information and their users’ opinions of something.
they will ask. 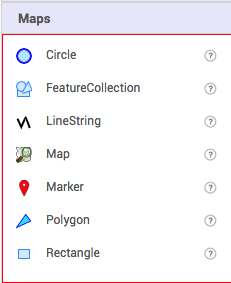 I think you can remove kitchensink from the wishlist, because we allready have the most things of it.

to Access our favorite Cloud Services from an app.

Google Cloud Messaging is used to make push notifications, but we already have OneSignal, so we don’t need this component.

To get Battery information.

The ability to copy created screens

To copy created screens and duplicate it to edit it.

To add search function to the app. To search something in a ListView, or in a Firebase Database.

Status: In discussion by Makeroid developers. (Reported by @Sander)

To higlight some spots and give information about it to the user.

We’re working on this already

How long is your wishlist?

The developers of Makeroid are doing this as a hobby. Chance that everything you want is realised is slim i guess.

Maybe give them some room to first clear the bugs that are there and get the builder working again.

I just suggest these for them to note. In time, they can do it if they want.

Note: Not spam for the community.

Putting al those wishes into seperate topics can pressure the developers to much. Even putting them into one topic could do that.

Is everything so important for you and would you use everything you ask for. Maybe set priorities or collect them for yourself and post them when the time is right.

I know you don’t mean bad but even i think when i see a new topic with your name on it, that you have something new to wish.

OK, but I post these just for the Developers to add their list. So they can try and implement on their free time.

Not pressure and not spam

The reason I’m posting on seperate posts is to organize all ideas.

It looks like you should use AppyBuilder. You want everyone of their components. Please stop opening topics.

This is not organizing. I will try to put them all in one topic.

OK, you can. I will post other ideas on the topic you’re going to create. Sorry

My main target is to make Makeroid the best App Inventor clone out of all others.

Let me show what we are working on + more things

Components not used by the user, do they change the app size?

If yes, why not include that component only when the user adds to their project?

Yes, all components are actually compiled into all the apps, no matter which or how many components the app contains. So we try to add new components judiciously.

We can’t do that because of the design on which App Inventor is based on. Adding all the components facilitates the live debugging in the companion app. There are ways to solve this but require a lot of changes to how App Inventor build server works.

I think you can remove kitchensink from the wishlist, because we allready have the most things of it.
“Maps Section like App Inventor’s” is almost finished.

Sorry, I messed up some posts.

How about other suggestions?

Are you working on some of them?

Current I can not say which we will include.
It needs a time to develope a new component.

OK, waiting for your response on the current status of these Compononts suggestions.

If there is a new update on these, please reply to this post so I can edit it.