The community should calm down

Recently @Peter posted a topic about how to ask a question 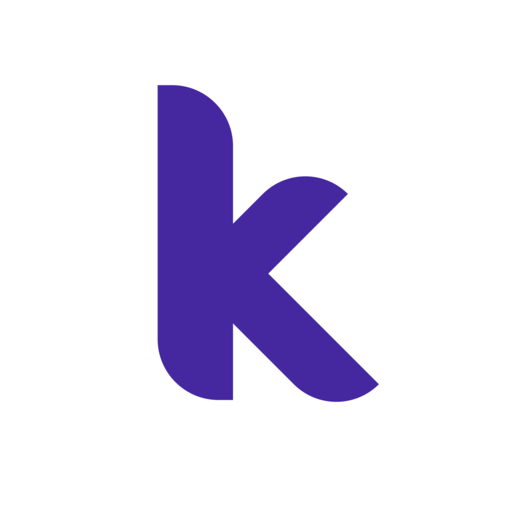 How to ask a question?

Asking questions To improve the chance of getting help on the forum please follow these recommendations when posting a question: Do your homework first Search for similar questions/answers on the forum. Try forum search and also Google your...


And that is totally right but since then a lot of people (most the new users) after asking a question have recived as answer that they didn’t ask the question well and quoted peter’s topic
That is right too but a lot of the answers have been a bit “rude” and this shouldn’t happen, this should be a friendly community and not a place were more informed users blaming new and more “ignorant” ones
Obviously I’m not gona say any name but maybe some people should think about it and instead of reply with “How many time we have to say it quote peter’s topic” they could say “To make us better understand please read this topic and ask again quote peter’s topic”

Yes but, some people on this Community dont understand that they can Search a topic or look a video up on YouTube and get a result, instead they choose to ask the Community to make their work for them and I’m sorry but, that’s not the way it works here and Staff and others would agree. I agree somewhat on this topic but, yes if someone isn’t asking the question right then I think Peter’s how to ask a question should be quoted.

I can only speak for myself and yes i have been rude sometimes on the community lately. I think for me it has to do not only with the demanding way some users can ask their questions but also with that i had to warn a lot of users and silence/suspend them in the last couple of weeks for misbehaving.

That you get the impression that some users/staff are rude is enough for all of us to think about it. I thank you for bringing it to my/our attention.

Me as a quite experienced user I know how frustating are people that ask over and over the same question and that in the last time more users ad to be suspended but some new user’s don’t even know how the search bar work and may have a wrong impression.
I hope that staff/users will be so understandable as you and not just be like “I’m not rude”

If they’ve come from Thunkable or AppyBuilder there is not excuse for not knowing how to search.

It’s not that but, when people on this Community waste space for useless topics and they don’t search, yes some attitude is needed for people to understand. When too much is too much, a Staff will in theory most likely say something about it to you!

but we don’t need a specific reason to be kind

Of course you don’t, but certain points need certain things done to make people understand whats right and wrong. Some people don’t listen and continue doing the same thing. And sometimes it gets on peoples nerves, Im a person to get mad at someone, leave, then come back and be a bit nicer to them is my goal, but sometimes that impossible to achieve when they do the same thing OVER and OVER again. And unfortunately they don’t read a post about the same thing that theyre asking about thats right beneath that post? Why?.. Do some research before posting something that was already posted and answered, even if you find one that doesnt have a Solution checked, there’s one there somewhere. I search for topics, I read every topic on this Community to see if it has my problem and solution, If I can’t find one, I look for an extension or just ask. Personally Im not trying to be rude, but there is a reason for everything, and my reason for this is above. Some other people like to push the line to far, and I was one of those people before and that’s why I got banned from Makeroid for multiple months, and I agreed with the consequence I had after awhile and accepted what I did was wrong. I push the line now but, not too far over itself. I try not to push it far, if I think I will, I simply pass the Conversation over to Makeroid Staff or just someone who can help that user. I’ve learned what’s pushing the line and joking.

I perfectly understand and you are right sometimes people are really annoying personaly I try “to never push the line” even when people get me really mad but that’s just me. Everyone act different and letting other answer when you can’t is totally right. I really agree with most of what you said but it’s not just you but in the last week especially after peter’s topic (not that is his fault) lot of answer weren’t pretty nice so I decide to let other’s know what I think

Actually when I first joined the community ( and I was coming from appybuilder so I already knew how the community worked) I read a few of your answer and I really thought you weren’t a really nice person, (sorry

p.s.
Sorry again for thinking you weren’t a nice person

I really thought you weren’t a really nice person, (sorry

No, at first I was a rude person and you can ask the Makeroid Team as they know plenty what happened with me. They also know very tiny of my present time. . Yes Ill admit before, I was banned, I was a rude human on the Community but, now Im nicer then before and try to contain my attitude, trust me sometimes it get out and I understand that no one likes that but, sometimes you have to let it out.

Sorry again for thinking you weren’t a nice person

Apologies to me I dont take, you know why because, I never say them anymore besides when maybe it was a tiny accident like if I made a mistake on typing. I take Friendship, and Niceness. I will never say another sorry to a person in real life because, they are useless and it’s just a word. So if you’re rude to me, I dont want a sorry, I want nothing because, I understand. Im sitting here drinking a Cappuccino and it’s Vanilla and making me feel better about something that happened today, but thats personal

Well the important is understanding from mistake and that know you are a nicer person
Also happy for whatever happened to you.
Just one thing, You are drinking a cappuccino so… is it morning or afternoon where you live? Because in italy it’s 00:30 am

Its 6:33 Pm… LOL. Im hyper now though so im going through topics like crazy.

Thats what I call, even more dedication

Sadly my pc battery is at 17% and the charger is in my father room (where he is sleeping since 21:20)

I do agree on this topic… We need to realize that new users might be complete beginners (and I do acknowledge that). I only lose my temper at the “Send Blocks” reply, even after guiding on how to do something, or even sending code as text (I do that a lot; it’s fairly easy to translate to blocks). The most infuriating thing, is not the lack of knowledge, but the lack of learning. Users don’t take the time to write an off-topic “Hey there, I’m new. Hello all” type of post. While not helping substantially, it is a huge part of community building and communication. Their first post is a duplicate of a dozen other posts, and they want immediate answers, often complete apps or the foundation for one, just to monetize.