How to create a Notepad app - Not Notes

I want to create a Notepad app. Which can Open .txt files ( Other files types also), Edit .txt files, Save .txt files to a preferred location with a specific name user provides. It this possible in Kodular. Also I want to choose the location within Custom Dialog Box like in windows… I am asking this for OS Development, Member of Phoenix OS DarkMatter and we wanted to make a notepad app for our OS. 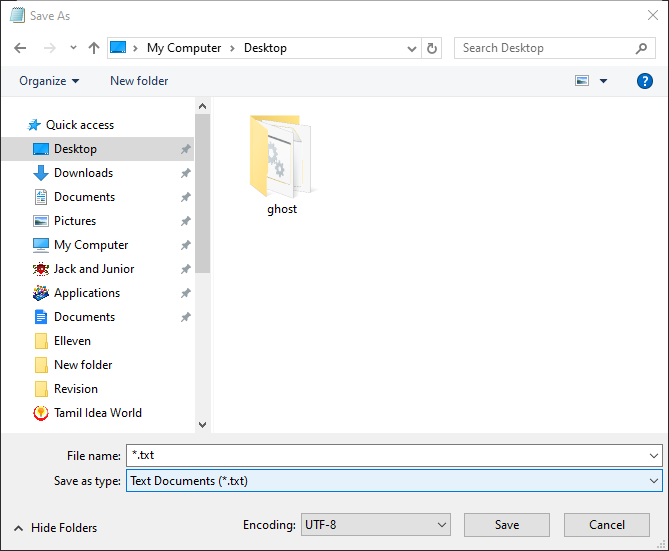 So Try something new and different.

I am a member in Phoenix OS DarkMatter. So, I wanted to Create a new Notepad for the OS. So, I asked.

So I think he knows that already. even though, Thx for your posts, @The_K_Studio, you give awesome tips to almost every topic!

Going a little off-topic, but I believe that even though there are many note taking apps, every app is unique in its own way and features.
Some app is pretty straight forward and some may have many features loaded in them.
It greatly depends on users. Some may use Material notes and others Evernote.
All these apps including Google Keep etc have one core and common feature that is note taking. The only difference is method of engaging users.

Beside this when you are new to app development, one of the app to get you started is a note taking app. And I believe that every app is worth thousand dollars for its developer even though it’s a very basic app.

So the thing is instead of telling not to make apps because they are already made, let the developer build the app and who knows the developer might come up with some awesome features!!

And for your query @Jaxparrow

Just keeping in mind the idea of what kind of app you need, try to gather the components present in the builder and try to arrange and code them as per your need.
I am sure if no one had this idea you presented here, no one would have tried it and neither will except you. So the best would be try it yourself and I hope that you come with a great app

So I think he knows that already.

My mistake! I didn’t noticed that.

@The_K_Studio, you give awesome tips to almost every topic!

Just spreading the knowledge, what i have.

Member of Phoenix OS DarkMatter and we wanted to make a notepad app for our OS.

So I am asking…I don’t want to make a notes app. The OS needs a .txt editor. Because it is Android x86 OS for PC. So, I asked how to make.

it is Android x86 OS for PC

Then I think it may not be possible because Kodular is focused on Mobile apps. But wait for other responses

I can install apps created with Kodular on Phoenix OS…Now, I need to create a .txt opener, editor like app.

Is this possible on Kodular?

Well that’s is an amazing and great idea.
I suggest you to open a new topic/recategorie this topic in #marketplace:request category with detailed information including features and design.