Kodular Shows ads on our Application more than 10%

By Title you know that. What I am going to ask…!
Kodular Shows their ads on app build with it…
More than 10 percent
This video tell us

Firstly, for all the non-Hindi speakers let me clarify what this guy (@7StarMedia) in this video is saying. He is indirectly claiming that Kodular is frauding it’s users by taking more commission from AdMob than what it should take. He is also saying that all the new components and the features that Kodular implements in the creator is actually the hard work of other extension developers.
So, I want to ask you @7StarMedia how did you knew this? Are you an insider? Are you trying to harm the image of Kodular? Or something else?
And talking about the ads, you should feel hesitation when asking how much Kodular takes because you are getting a free service to make apps and earn atleast what you are earning now.
It is because of YouTubers like you that people are turning more and more towards the earning apps. The purpose of YouTuber is to guide users so that they can learn something, but now a days it has just became a means of earning money.
I know your video was all about the comparison between the different AI distros, but making false statements against one is not good.
Hope you will understand what I’m trying to say and will not do such a mistake in future.

Thank you for your post. I am getting really tired of those “experts” and their youtube movies that claim to know everything. Such users should be banned on all forums because they poison the users that are really interested in using Kodular and other builders.

So i stop my rant now and cool down a bit.

I like kodular so much…
So when … I saw that video
I was shocked. !
So I posted my query here

Hello Mr.Shreyash, if you don’t know Hindi or if you have not watched that video properly then, don’t spread this types of nonsense statement. In that video I have given an Idea/comparison about Thunkable, AppyBuilder and Makeroid, also stated that design wise Makeroid is best and AppyBuiler is the second as of now and Thunkable platform is not Okey due to wrong way of Admob Interstitial Ads implementation. Anyone can check that video description for more information. And yes Makeroid is taking a litter higher than AppyBuilder. After all that was my own opinion or research.

Secondly talking about Earning Apps, you won’t find any projects like this in my Channel. In my channel you will find lots of useful projects mostly created from Makeroid which directly help Makeroid to get more users.

And Mr @Peter , as I am seeing where ever we are going, you are there in every post, don’t you have any permanent work? One thing I want to tell you that App Inventor platforms are popular because of two reason one is for Zero Codings and secondly for YouTubers those who are making amazing projects & giving tutorials in different languages by giving their hard work and ideas. And yes you might develop an extension, but I challenge you, can you prepare this types of projects? Project Link: YouTube

So you all be cool, don’t be angry at all. Fist check out my Android App Projects before making statement against Makeroid/Kodular.

Thanks for your time Guys.

Hello Mr.Shreyash, if you don’t know Hindi or if you have not watched that video properly then, don’t spread this types of nonsense statement

So, you think that I don’t know Hindi or I haven’t watched your video, then I think you haven’t read my post fully or you only don’t now what you where speaking in your video. Also you are claiming that I’m spreading nonsense which I don’t think really is the case, but here is list of all the nonsense statements that you have made in your video:

Secondly talking about Earning Apps, you won’t find any projects like this in my Channel.

But your channel have a lots of videos related to ads, Admob, income, etc. which indirectly encourages users to create earning apps.

I think at the ending and somewhere in the middle it were you only who said Appybuilder is best, don’t be double sided.

After all that was my own opinion or research

And my honest opinion is that your voice is really funny.

I don’t think I have to say something on the behalf of @Peter, he is much more capable than me.

but I challenge you, can you prepare this types of projects? Project Link: YouTube

Please don’t convert that to fight.

You may think your applications are perfect, but there are of course more perfect applications than you. Others may not like your apps, so you can’t think/say this, ever:
“My app is better than your app.”

Everyone can say this. But nobody knows the BEST app. This is your thoughts.

So stop saying this.

you can also finish ur query by PM

I am not saying that my App is best, everyone has their own Ideas. Actually the main thing is that in every post/thread you will find this person irritating/poking users.

banned on all forums

I am getting really tired of those “experts”

Before posting this thing you should have thought above the yourself, as the person you are saying is irritating, poking users is actually the moderator of the community. Your account is now in @Peter’s hand. May @Peter forgive you.

EDIT: And yes, you should be thankful to @pavi2410 as he removed your last post, I had perfect answer for you.

I am not saying that my App is best,

Then, what is this?

can you prepare this types of projects?

You added link of your project. This means you are saying “My app is better than your app.”

Your video is about comparing Thunkable, Kodular and Appybuilder(from video title).

And, in your whole video you are comparing these 3 platform on basis of only Ads.

Your video, from approx 1:30 to the very end, contains words such as ads, profit, impressions,earning, reward video, etc.
Even you kept Thunkable aside just because Thunkable X doesn’t contains any Ad component and that Thunkable has some problem related to blocks regarding Ads

On the basis of Design, let me tell you that I have even seen apps developed on App Inventor, that have awesome design such that its hard to believe that they are developed on such platform!

What the platforms like Kodular, Thunkable, Appybuilder, etc do is that, they make this implementation of design easy for us (and I am Thankful for this ) which would have been done on App Inventor using lots of workarounds. (Also, apart from design implementation, there many other advantages of using these platforms. It only depends on indivisual which to use)

Atlast I only want to tell you that factors like design and Ads cannot be used to compare platforms.
There are many other factors for this which play an important role and which can’t be discussed in short video of 8:00 minutes like your present one.
Your video is only indirectly encouraging users to try and develop earning apps.

I unlist this. This discussion is going nowhere. Thank you @7StarMedia that you see me poking users.

I try to always do it safe. 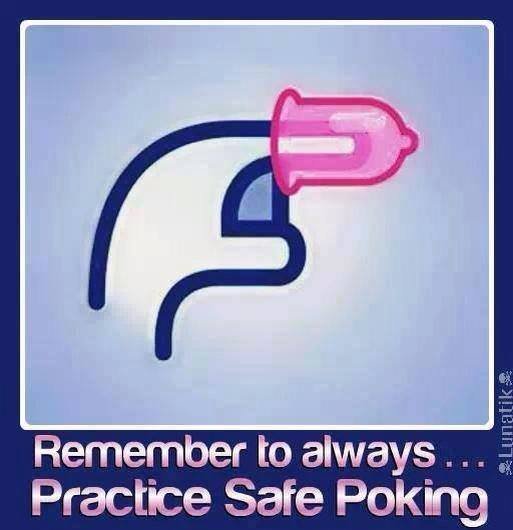 , sometimes some words really hurt us.