In this version, the complete source code is rewritten to make it better with significantly large improvements. This version lacks some features which were in the previous versions until it gets stable enough. There are a few highlights, which are mentioned below.

Explanation of all the available blocks in the extension.

Creates a component from the name given.

component is the component source package and the name, or a simple name e.g “Button” which refers to the button component.

name is the unique Id for the component.

Creates a function that can be later. When a function is called, the block will be invoked with the arguments provided on the UI thread.

When it’s called, if the return value exists, it’ll be saved to variables.

id is the unique Id for the function.

component is the id of a component that was created to call on.

block is the name of the block or method.

values are the arguments for the block or method call.

You should use {$<arg_number>} to choose an arg that will be in that value. Incase the argument is a non-string object, and you just use the argument, it will be treated as it was.

Calls the function by its Id.

id is the Id of the function that was created

Listens to an event on the component.

name is the event name.

component is the component Id to listen on

then needs a function Id that will be called when an event raises.

Loads the template from an asset file into memory that can be reused.

A type of block that is used when an event is raised.

id is the unique Id for the extra function.

codes are the list of java sentences that will be interpreted.

A default set of values will be assigned if not called.

title is the title of the notification.

subtitle is the subtitle text

icon is an icon name for the notification. Go to android docs and pick a small icon name starting with “ic_” e.g " ic_dialog_alert".

Creates a variable that can be later accessed later using special texts like {$my_var}.

name is the name of the variable.

value is an object that is the value.

id is the unique number of the service.

latency is the delay before the service starts.

requiredNetwork type of network required for the service to run. any, none, cellular, roaming and unmetered are the posible values.

Cancels the service from the Id.

Checks if the service is running from the Id.

Returns the list of running and pending service Ids.

Sets the mode the service will begin, if set to true, extension will use alarm manager which is good at schudling exact jobs.

Check it to true if you want to the app to restart the service once its stopped.

If set to “HIGH”, the extension will aggresively restart the service manually. “HIGH” and “DEFAULT” are the two posible values.

The max time in millies the service can run, once the time is reached at a point, it will be killed.

Name of procedures that can be called from background.

Thanks to all the contributors and beta testers.

Extension was created with Rush by @Shreyash.

73 Likes
Free background extension how to use in my case
How to run app background?
How i can start my app when restart my phone
How to do this in background
Exoplayer seek to position
Firebase Notification(even after app gets killed)
Kodular Notification
Need help in Background Task extension
Run app in the background
I want some help
I want some help
How To Run Timer In Background When App closed?
How To Run Timer In Background When App closed?
Run the app in the background
Apps keeps running on background
How to get push notification on Time
Can I keep the html viewer active in the background?
Do a Specific Task After Screen Unlock
How can I run soundtrack through out my app
Error in exporting apk
Index of Available Extensions
Read incoming sms
How to call a procedure when app is closed using Background Task extension?
Hit URL In background every one minute
How to play a sound at certain times even after locking the application
Backgroud popup
Can not Stop task :(
Receive Push Notifications
The_Revenger_Studios (The Revenger Studios) 31 March 2021 08:41 #2

BTW, Thanks For The Extension

The other extension may not support it. You will need to debug blocks you’re self. Remove some blocks and test again. If it works continue and go on. These hard operations may not work with the extension as of now. (Maybe until next update)

I collect data from my website to my app as shown in this img: 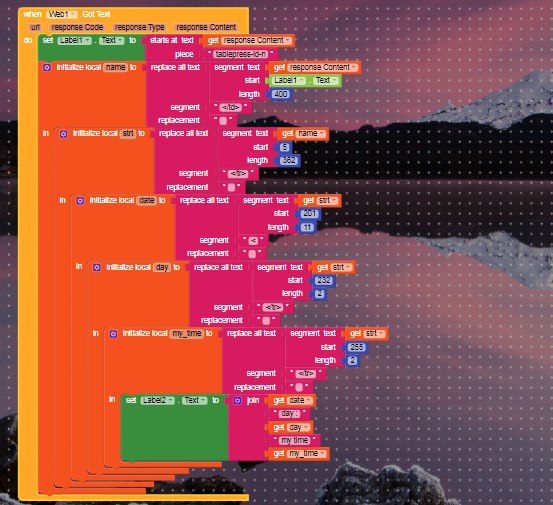 but i want to notify user when ever i change my data that the app receive ( if the app is in background or close ) as shown data is receive in label 2. 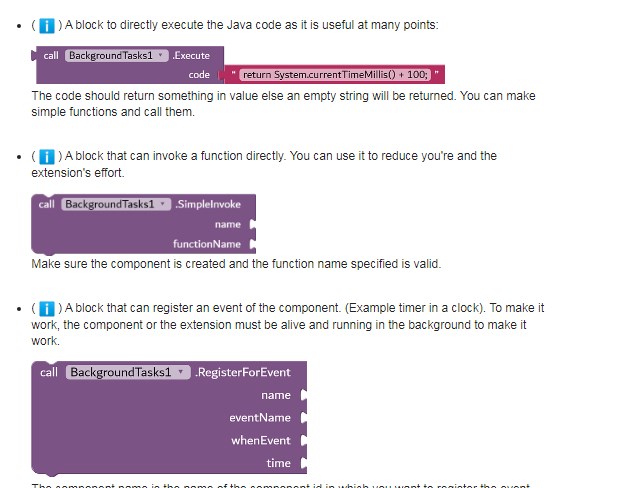 How To Set Property Of The Component ?

How to set it with firebase, if firebase value change show notification.

You should use invoke function block to set or call functions.

Is it possible with this extension ?

Use the same logic using the web component with events

The extension should be little bit simpl to understand

Just use the logics, create a component, invoke a component, do things with it’s result using save block and more. I will be posting some examples here soon. By the time you all can go through the posts here:

An extension that can do various functions in the foreground as well as in the background! Thanks to all the beta testers and Vknow for helping me with the annotations at the beginning of the extension. 🙂 Mohammed tamer Hrichik Mazumdar Mayur...

I’ve been testing since Monday 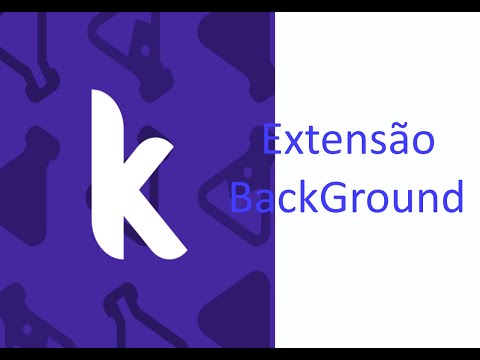 That’s awesome! Thanks for making video on it!